The nutritional value of soil is hard to tell just by looking at it. The darker the soils the more probable that more organic matter is there. Did you know that the richest soil around is made up mostly of earthworm castings, which is the earthworms manure? The earthworms waste products add valuable nutrients to any soil. The concentrations of nitrogen, calcium, magnesium, and phosphates are all higher in soil that has earthworms. The movement of the earthworms through the soil loosens it up and makes it valuable to all gardeners and to many others. The enriched soil is naturally processed by the earthworms.

As the earthworm passes through the soil it eats, decomposes, and deposits the castings. The earthworm neutralizes the material by the secretions of calcium carbonate from glands near the earthworm's gizzard. The gizzard breaks the material down to a very fine texture and then it is digested by the earthworm. Continuing on through the earthworm's digestive tract, there are hormones, enzymes etc. that continue to breakdown the material. When it passes out in the form of castings, it is a rich and high quality humus material. These casts are not only high in nutrients but also high in beneficial bacteria for the soil.

If you have a lawn and you use insecticide, you may want to rethink it. Try using a natural form of insect control because the insecticide will make the earthworms burrow very deep into the soil, unable to help your lawn. If you do not use insecticide, the beneficial earthworms will stay toward the top of your lawn where soil aerification is needed. The earthworms consume thatch also.

Most gardeners have a compost pile where they throw all of their vegetable scraps and dried leaves etc. It takes some time for all that to break down into usable organic matter. If you put earthworms in the pile the decomposition will take place much faster. To have plenty of earthworms be sure the pile is moist at all times or the earthworms will die.

All fertile areas of this planet have, at least once, passed through the bodies of earthworms.
- Charles Darwin

Commercial worm farming, technically known as vermiculture, got it's start in the bait industry. In the 1800's fishermen got lazy and entrepreneurial folks realized there was money to be made in selling earthworms to fisherman.

Concurrently, in the twentieth century people began to explore more thoroughly the role of earthworms in soil cultivation, aeration, and plant growth. Although science, through people like Darwin, showed the important role of the earthworm in agriculture, worms for the bait industry took off.

Small-scale systems may use a wide variety of bins. Often, small-scale composters build their own bins. Companies also sell such bins. Commonly, bins are made of old plastic containers, wood, Styrofoam containers, or metal containers.

Some materials are less desirable than others in bin construction. Styrofoam is believed to release toxins into the earthworms' environment[citation needed]. Metal containers often conduct heat too readily, are prone to rusting, and may release heavy metals into compost.

Bins should have holes in the sides to allow air to flow, and a spout that can be opened or closed or holes in the bottom to drain into a collection tray. Plastic bins require more drainage than wooden ones because they are non-absorbent. The design of a small bin usually depends on where an individual wishes to store the bin and how they wish to feed the worms. Most small bins can be grouped into three categories:

Make an above the ground bin...

Red worms castings are an excellent addition to a compost pile. The worms help to process the pile by eating the decayed matter and turn the waste into fine top soil in approximately 2 to 3 months, depending on the quantity of worms introduced into the pile, the outside temperatures, and the time of year.

Add them to your compost pile when it has broken down and is warm but not hot in the center. Dig down about a foot and add the worms. Keep the pile moistened, but not soggy wet. This pile will be your "breeding area".

At this time you can also remove some of the soil and worm castings for your garden lowering your pile a foot or so. Keep feeding the worms in the breeding area by adding greens and shredded alfalfa hay to the top of the pile every few weeks.

Be sure to add four or five inches of shredded alfalfa hay for winter protection, and keep the pile moistened, but not wet.

Click Here for more detailed information on building your own worm bin.

"The Business and Biology of Raising Earthworms" will show you how to raise worms for your home food garden. It is available for immediate download. Click here.

Below the ground bin:

Dig a 2'x 8' trench two or three feet deep in the ground below frost level. Place a six-inch layer of peat moss and shredded newspaper or cardboard on the bottom, and water until evenly moistened, but not soggy wet.

Fill the bin 3/4 full with a mixture of 2/3 corrugated cardboard and 1/3 sphagnum peat moss, shredded newspaper, shredded leaves, or shredded alfalfa hay, add a little crumbled aged or composted manure, and a cup or so of fine sand mixed with equal parts of wood ashes, and ground limestone. Mix well, moisten, and add two to three inches of a mix of finely chopped vegetable kitchen waste, garden waste, and aged manure to one end of the pit.

Add one pound of red compost worms, which can be ordered HERE. (When your worms first arrive they may be dehydrated, you can feed them a light dusting of corn meal before you cover them.)

Loosely cover worms/waste with a 2-inch layer with shredded alfalfa hay. Water and feed two or three times a week - adding vegetable waste under the alfalfa layer to keep the process going. Each time you feed your worms place the waste mix next to the previous feeding area, working your way toward the opposite end of the pit.

When you get to the end of the pit, feed back towards the beginning. As you continue these layers and reach the top, leave a four-inch space between the cover and the mixture for ventilation.

Cover the top of the pit with a sheet of plywood to keep out the elements and critters, and weight down with rocks.

Compost can be made all year round, and indoors! by using wood, metal or plastic bins with lids. Special worm composting bins may be ordered online, or you can easily make your own. Special worms are used in Vermicomposting: Eisenia foetida or Lumbricus rubellas, which can be ordered from worm farms or some nurseries. Start with about a pound or worms, around 1000.

They can multiply quickly, and the surplus can just be added to your summer garden, or given to friends.

Do you want to BUY ONE or build your own?

Line the bottom with shredded 1-inch strips of newspaper, inch wide strips of cardboard boxes, and peat moss. A mix of 2/3 corrugated cardboard and 1/3 sphagnum peat moss, or newspaper, is a good bedding mixture.

You can also add shredded leaves and a little aged or composted manure, and a cup or so of fine sand, ashes, and limestone. Moisten the bedding, mix it well, and add the worms. Let it set for a few days before kitchen waste is added. Your worms will happily feed and make castings.

Add kitchen waste every day or so, by burying it a few inches or so in the bedding mix in one end of the box.

Kitchen waste can include: vegetable and fruit scraps, coffee grounds and the filters, tea bags, without the tags, any vegetable matter, bread scraps, dried and crushed eggshells, and small amounts of finely chopped meat scraps, garlic and onion.

Cover the top of the compost bedding with a layer of damp newspapers, and a loosely fitting lid with holes for air. Every time you add waste, work your way to the other end of the box, so you will have about 8 or 9 different adding areas. When you get to the end of the box, start over at the other end. Worms will eat the bedding along with the scraps, and you may need to add more.

Keep the bedding mix/scraps moistened, but not soggy wet. In a few months you will be ready to harvest your compost.

To harvest compost castings, follow the same procedures for gathering outdoor castings. Only add the castings to your garden beds, these special worms live indoors only.

We offer the best composting worms for the gardener!

How to Build a Worm Bin

Worms can be ordered HERE.

"Worms seem to be the great promoters of vegetation, which would proceed but lamely without them, by boring, perforating, and loosening the soil, and rendering it pervious to rains and the fibres of plants, by drawing straws and stalks of leaves and twigs into it, and, most of all, by throwing up such infinite numbers of lumps of earth called worm-casts, which, being their excrement, is a fine manure for grain or grass."
- The Rev. Gilbert White of Selborne, 1777

The Art of Gardening

"Beautifully illustrated and practical Are you ready to take your garden from good to great? Learn how to build your soil...and more!

The book that started a backyard worm revolution! With more than 150,000 copies sold, this is the bestselling and remains the definitive guide to vermicomposting--a process using red worms to recycle human food waste into nutrient-rich fertilizer for plants. Author Mary Appelhof provides complete illustrated instructions on setting up and maintaining small-scale worm composting systems. Read More... 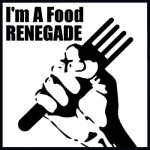